…the reaction of world-renowned scientist Anlon Cully when unexpectedly swept into the thick of a whirlwind adventure when his archaeologist uncle, Devlin Wilson, dies under suspicious circumstances.

Not long before his “accidental” fall off a cliff in New Hampshire’s White Mountains, Devlin made the discovery of a lifetime – unearthing undeniable proof that a technologically advanced society thrived on Earth long before mainstream archaeologists thought possible!

The key to this shocking evidence lies in a set of mysterious stones forged by a long forgotten race of ancient mariners — stones that helped mankind recover from the brink of extinction over 10,000 years ago. Instilled with formidable powers to build, communicate, fight and heal, the stones draw the ruthless attention of villainous thieves hell bent on their acquisition by any means possible…including murder.

Aided by friend Pebbles McCarver and police detective Jennifer Stevens, Anlon must follow traces of bewildering clues left by his uncle in a dangerous chase to unravel the stones’ secrets before the killer strikes again and makes off with the priceless artifacts. 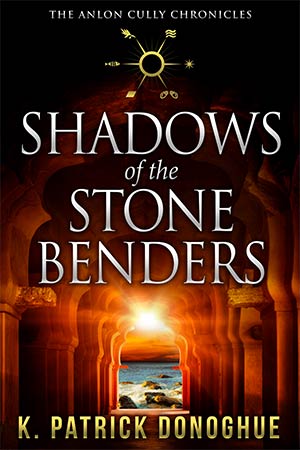